We're super excited to have Chef Nguyen Bui cooking for us at this event! He's comes to us from the Michelin Star Rustic Canyon in Santa Monica, read more about him below. 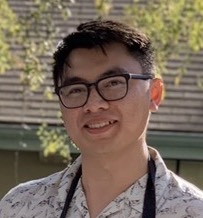 Chef Nguyen Bui hails from Northern California. He never planned on becoming a chef. Rather, he became an EMT with a goal to eventually work in medicine. After his EMT shift, for fun, he’d help out his friend at a food and wine bar in San Francisco. Eventually, a few days a week of cooking wasn’t enough so he left medicine altogether to work full time as a chef. Nguyen is currently the sous chef at Rustic Canyon in Santa Monica, who just received their first Michelin star. He's been with Rustic Canyon for 3 years and prior to that, trained under 2 Michelin star chef James Syhabout at Chef Syhabout’s supperhouse in Oakland. This past March, Nguyen hosted his very first pop-up called ‘Anise’, where he showcased his passion for the food from his own culture, updated with new techniques and flavors from his culinary training.